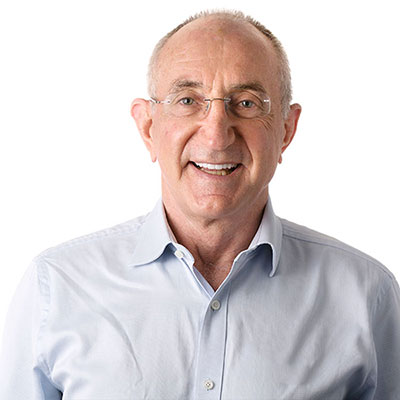 Make Appointment
Alex has been practicing dentistry for over 35 years. He believes that healthy gums and a health mouth will lead to a healthier life. As a result, he has a special interest in gum health, and the way that people brush their teeth and floss.

Alex is also known for his surgery. He has removed more than 30000 wisdom teeth and placed over 2000 surgical implants. He performs these surgeries in the chair, under local, IV sedation or under general anaesthesia in hospital.

Since working with veterans, Alex has also developed a keen interest in teeth grinding (bruxism), and sleep apnoea. Both grinding and sleep apnoea can be assisted with different types of mouthguards – also called splints, and Alex works closely with the laboratory to ensure a quality fit is made.

Alex was a LT in the Army reserve(infantry) while undergoing his undergrad training to be a dentist.

Alex met and married his wife Kate in Port Headland, where he worked for five years. He has two grown children – Lou Lou who is a physiotherapist based in Dunsborough, and John who is an exercise physiologist.